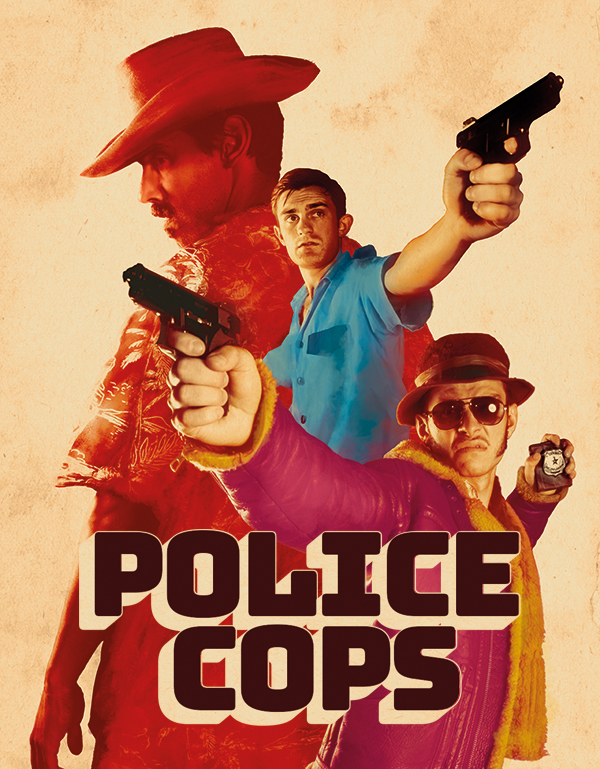 POLICE COPS debut show; a globally-acclaimed comedy blockbuster that has enjoyed THREE sell out runs at London’s Soho Theatre and an OFFICIAL SELL OUT run at The Edinburgh Fringe Festival 2016. The 7 time award winning production has delighted audiences around the world at The Melbourne International Comedy Festival, The Cape Town Fringe Festival and The National Arts Festival of South Africa.

PRESENT DAY (of 1976). Straight-laced rookie Police Cop Jimmy Johnson is out to avenge his brother’s death, and he’s got to go it alone! (with his partner) Teamed up with a disgraced, retired renegade named Harrison, the pair begin to unearth the soily secrets that the case holds. POLICE COPS is a cinematic joyride, speeding down Adventure Avenue in a souped-up squad car. Oh, and did I mention...the steering wheel is made out of guns.