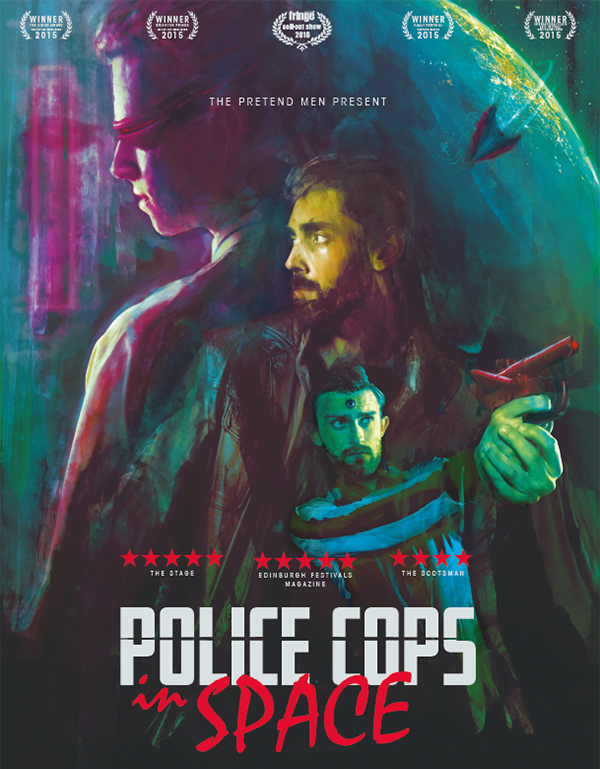 Multi Award-Winning POLICE COPS highly anticipated second show POLICE COPS IN SPACE debuted at The Edinburgh Fringe Festival 2017 and enjoyed a TOTAL SELL OUT run. The space age comedy blockbuster has received ‘across the board’ critical acclaim receiving only 4 and 5 star reviews, played to packed houses at The Cape Town Fringe Festival 2017 and transferred to London for a 2 week run at Soho Theatre.

After his father is killed by an evil robot, Sammy Johnson, the last Police Cop in the universe, blasts off in an unmanned escape pod. Now on a distant planet, Sammy must team up with Alien fighter pilot Ranger and his trusty Cyborg C9 as they embark on an intergalactic adventure across the galaxy to find Earth, avenge his father and become the best damn Police Cop in space.

POLICE COPS IN SPACE is an 80’s ‘low-fi sci-fi’ set in the most dangerous place on Earth…Space.